This year (the second year like no other), Umbraco's Codegarden event was a virtual conference. We have been regular attendees of Codegarden in Odense, Denmark for the last 5 years. Unfortunately 2020’s event was, unsurprisingly, cancelled, so we were excited to see the latest and greatest of talks from both Umbraco HQ and the Umbraco Community. 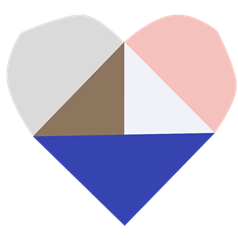 For those who have never attended, Codegarden runs over 3 days and is more of a festival than a corporate tech conference. The format is usually pre-party drinks on the first evening, a day of talks on the second day, and an open space day on the third day whereby attendees set the agenda. We’ve found that the impromptu chats with peers over drinks, lunch or bingo (don’t ask!) are every bit as valuable as watching the talks themselves. So, we were interested to see how, or if, we’d still get the same value out of this year’s virtual Codegarden.

As mentioned, Codegarden this year was run remotely which meant that all talks were done via video conference software. The platform displayed a large screen to view the speaker, or sometimes many screens for multiple speakers, as well as a chat area where viewers could discuss the talk, commentate or just say hi and have fun! The platform itself ran pretty well on the whole, despite crashing a couple of times - nothing a quick browser refresh couldn’t sort out! 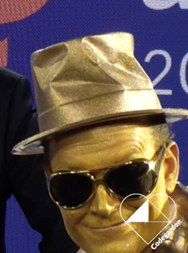 The first day kicked off the Umbraco Awards which was late in the afternoon here in the UK. The Awards were hosted live by Emma Burstow who, we must say, did a great job presenting! Alongside Emma, there were two of the Umbraco HQ team who gave their input as to why the winners were deserving of their award - a nice touch. There was even a random ‘Gold man’ to help celebrate the proceedings. To non-Umbraco fans this would seem weird, but to those within the community, it’s completely normal!

A list of all the awards and worthy award winners can be found here: https://umbraco.com/blog/umbraco-awards-2021/

The second day was a single track of, mostly, technical talks. The program started at 11:30 and finished at 22:15, which we presume was to accommodate audiences around the world. While we understand why this was done, our full working day ended up being 14 hours so we were definitely flagging a bit towards the end! But, nonetheless, the talks were great and informative.

The third day was a double track of a mixture of technical and non-technical talks. The program started at a slightly earlier time of 09:30 and also finished earlier at 19:45 but, again, it was another long day! This didn’t matter too much though because, for us, the talks were really taken up a level on the third day and it was actually a challenge trying to choose between the talks - we didn’t want to miss any!

This talk is always one not to be missed! We got to hear about the latest updates to the Umbraco product straight away, as well as the most up to date statistics. As you'll see below, we did miss Niels’ presentation but this was still informative.

The Future of Umbraco Cloud by Morten Christensen

This gave us a great update of the upcoming improvements on Umbraco Cloud.

Mike gave us a great introduction to Web Components - how they work and how they can be used. Mike guided us through a detailed explanation with an analogy of coffee which helped us understand things clearly. His presenting skills were really enthusiastic and made for a great talk.

Shannon is truly a genius and his talks are always enlightening. In this talk, he shared some common pitfalls that developers make when developing with Umbraco that could have serious effects on performance, and how to avoid them.

Callum decided to do his talk live rather than pre recorded and, for us, this made for a better experience. Callum explained really clearly all the intricacies of searching with Umbraco using Examine and the best approaches, as well as some common mistakes to avoid.

Getting started with Unit Testing in Umbraco by Dennis Adolfi

Dennis explained the basic principles of Unit Testing and why we should do it. His choice of tool was NUnit and he did a live demonstration to show how to set up a test, applying the BDD ("Given", "When", "Then") logic to it.

First of all, this, of course, is nobody’s fault but we really missed seeing everybody in the flesh. A lot of the talks were pre recorded and there are obvious reasons for this, but it did mean that the talks were more scripted, less natural and less fun. Because of this, there was no interaction with the audience which couldn’t be helped, but we did really miss it.

Although the chat area was a good way to interact with peers, it wasn’t scrollable so if you stepped away from your desk, you missed things in the chat which were, sometimes, every bit as valuable as the talks.

We also missed the lack of drinking - coffee of course (which is also great at Codegarden)  ;)

Finally, we missed the Chief Unicorn, Niels Hartvig. Niels is the founder of Umbraco. He is passionate and his talks are extremely passionate and funny. However, he has taken a hiatus the last year or two and is sorely missed.

Our favourite things about Umbraco Codegarden 2021

Umbraco did a great job at hosting a remote conference in what must have been challenging from a logistics point of view. They made a real effort to still showcase what it’s like to work with The Friendly CMS.

The UnConference sessions were a great idea. They were almost summaries of the last few talks where all the presenters were live. Attendees could ask questions and the presenters also discussed things between themselves. We found these to be really valuable sessions.

The quality of the talks was up to the usual levels and, despite being Umbraco veterans, every time we attend Codegarden we learn lots of new things.

Here's me (Ben) and Rick last time at Codegarden, we're hoping we can see everyone in person next year!